GET MY LATEST POSTS BY EMAIL

So what – I’m still a Rockstar!

I was a young 18-year-old when I met Mr Dreamy. Being a tad protected by strict Catholic parents, I was quite naïve and not very worldly. It wasn’t long until we were shacked up and I was knocked up. Now don’t get me wrong, I wouldn’t change my gorgeous children for anything in the world, but settling down so young was probably not my best move.

As the years went on, I grew up – I had too. Being a young mum who also had to work to help support her family, bought with it a lot of new responsibilities, pressures and stress. Sure, there were many good and fun times, but growing up did something to me.

It made me realise that we didn’t have much in common. We were just in a rut, doing the same thing over and over and over. After a year of my hubby moving in and out, I made the hardest decision I’d made to date – to end it and move on. It wasn’t easy, but it was needed.

This time I moved out. With a few belongings packed into my car, my most significant release of emotions came as I was driving off, heading to my new rental house.

I slipped my P!nk CD into the player. Blasting the stereo in my little Tiida, I was soon singing at the top of my lungs and letting out all my emotions.

I’m happy to say I moved on and recently married Mr Super McDreamy who will be my forever man. And now, at only 39, I have the most amazing 18 and 16-year-old children who make me super proud. 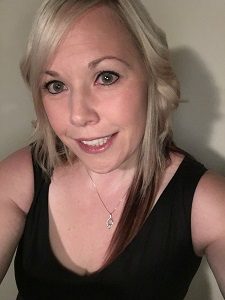 Monique is a story-telling, SEO trained copywriter & Online Business Assistant with a sense of humour. She works with online businesses who NEED to inject some personality back into their business to connect with their customers & partners with her clients in the day to day running of their business. You can find out more on her website.

I would love to hear what songs inspire & motivate you!

Drop me a line today!